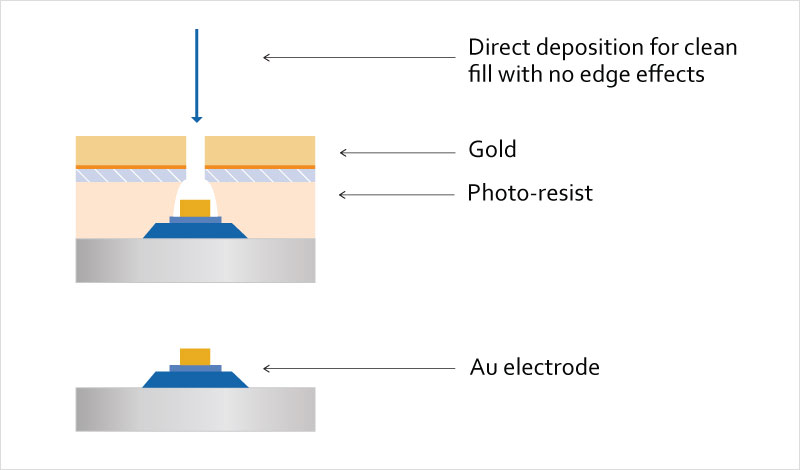 The challenge for these manufacturers is to achieve good lift-off while meeting demands for high throughput.

Semiconductor applications nearly always require an automated thin film deposition process for high-volume manufacturing. A magnetron sputtering system with cluster architecture is the ideal solution for compound semiconductors. With this configuration, compound semi manufacturers get all the benefits of a cluster tool, such as multilayer coatings and a dedicated module for pre-cleaning, as well as the potential to create nanostructures with excellent lift-off.

Sputtering is not necessarily conducive to achieving good lift-off. If this capability isn’t designed in with good collimation control, it can affect yield and production output. These are both particularly important factors for minimizing cost of ownership in high-volume manufacturing.

The biggest factor that affects lift-off in magnetron sputtering is system geometry. Here is what you need to consider to achieve the optimal geometry for collimation control and lift-off:

Achieving high collimation for good lift-off will necessarily slow the deposition rate compared to standard throw sputtering. However, for high-volume manufacturing, sputtering is completely compatible with standard automation solutions and cluster tool architectures. This can be a significant advantage compared to evaporation.