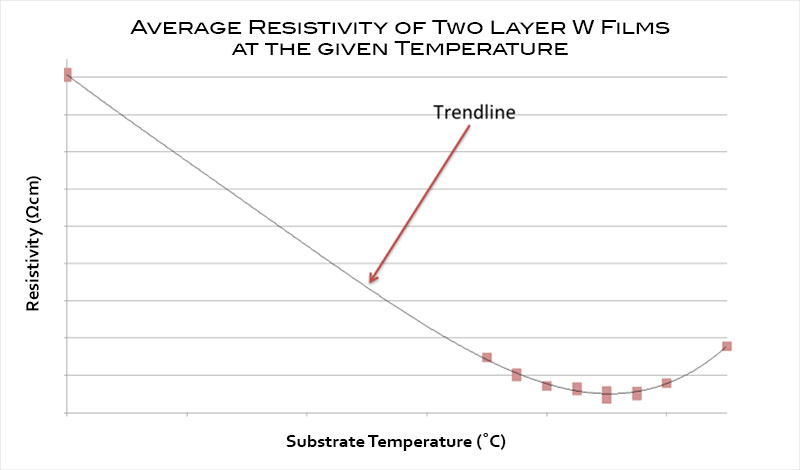 Tungsten coatings are commonly used in semiconductor applications and have the potential to be used in emerging solar energy applications. These thin films are commonly subject to high stress and low adhesion, but when manufacturers try and compensate for stress, it leads to increased resistivity.

In order to achieve the best performance and repeatability for coating tungsten at a high throughput, your process needs to reduce stress while also achieving low resistivity.

What is Tungsten Used For?

Tungsten coatings are primarily used to manufacture conducting layers and devices. Because of its electrical properties, it is a great option for coating electrical contacts, because it has a very low vapor pressure and does not erode under the conditions of an electrical arc. It is used frequently in high-volume semiconductor applications to make contacts and interconnects.

There is also a lot of potential for tungsten in emerging solar cell applications. Tungsten compounds have been shown to improve the efficiency and production rate of water-splitting cells, which are used to convert solar power into energy.

Resistivity is the electrical resistance of unit cross-sectional area and unit length, and is inversely proportional to conductivity. The conductivity of a thin film is a key parameter that requires uniformity in order to ensure performance and reliability for these applications. However, conductivity is not directly measured, while resistivity can be measured directly, so to achieve high conductivity, the thin film needs to have a low measured resistivity.

Resistivity increases as the film’s density decreases, which often happens when manufacturers account for stress during the deposition process. Tungsten coatings are susceptible to high stress, which lowers adhesion and causes the films to crack. This significantly degrades device yield and performance.

Manufacturers may lower stress by increasing the deposition pressure or decreasing the power to the target, but both of these methods lead to increased resistivity. Balancing yield with conductivity and performance is a major challenge for these coatings.

The team at Denton Vacuum recently tested a two-layer deposition approach for coating tungsten films, in order to improve adhesion while achieving low resistivity. We successfully coated tungsten thin films that were smooth, reflective and showed no signs of delamination or cracking, while lowering resistivity.

Read about the results and the potential applications for this method in our technical paper.